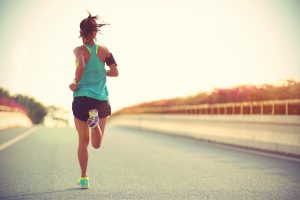 The exosomes extracted from a patient have the potential to replace countless cells of the body, lung tissue included. These exosomes may heal the body by replacing ones plagued with disease, regenerating new cells, and suppressing the immune systems macrophage response which engulf and digest the dying cells of the lungs.

If you have a respiratory condition, you have some — if not all — of the following:

Many people with respiratory conditions have attacks called exacerbations. These flare ups can be dangerous, and symptoms continue to worsen, causing increased levels of lung damage. Exacerbations often require hospitalization.

A type of respiratory condition, chronic bronchitis, (meaning a condition lasting a significant amount of time,) is an inflammation of the airways in the lungs. When the bronchial tubes get infected and swollen they cause a persistent cough, wheezing, shortness of breath and create a great deal of mucus.

Another type of respiratory condition, emphysema involves damage to the lungs usually caused by years of cigarette smoking. When the body doesn’t get the oxygen it needs, emphysema patients find it hard to catch their breath, have a chronic cough and experience difficulty breathing during activity or exercise.

Asthma, also a type respiratory condition, is a chronic disease involving inflammation and narrowing of the airways. Various triggers from exercise to allergies cause coughing, wheezing, shortness of breath and chest tightness. Asthma attacks vary from mild to severe episodes which may require emergency care.

Thankfully, exosomes therapy is an effective and safe treatment option for each of these respiratory conditions to help improve and sometimes reverse symptoms.

Respiratory conditions, with symptoms ranging from acute (short-term) to chronic (long-term,) are medical conditions which affect the airways, to include the lungs, making it difficult to breath.

While some conditions are genetic, others may be caused by lifestyle or environmental factors. Damage to the lung tissue over time causes physical changes in the tissues of the lungs and clogs the airways with mucus.

Font Resize
Contrast
Accessibility by WAH
Call Us Text Us